WHY REAL THINKING IS RISKY BUSINESS 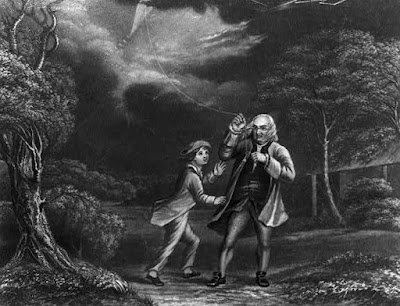 
I don't mean the muscle-wrenching kind of pain but the very vaguely felt kind of pained drain when micro "blood" droplets drip out of the brain (as the synapses break down old connections and forcibly create new ones). Its an almost violent task that literally involves physical workout inside the brain, straining the cells, as you would strain your muscles in a physical workout.

I'm talking about independently thinking for yourself ---- understanding for yourself the facts, formulating your own opinions, and standing your ground amid a legion of loud mouthed fools who feel compelled that you should benefit from their "enlightened" opinion...


Having a brain does not necessarily guarantee intelligent life, in the same way that having vocal chords does not necessarily guarantee singing prowess. You have to really use your brain, hone it, train it, and prove its efficacy in your own life. But even that much work does not give you the right to force feed your infinite wisdom on unsuspecting victims. The only moral obligation you should feel is to enjoin others to think for themselves too.

Instead of getting adept at the supposedly primal ability to think, people take the lazy way out via the socially acceptable practice of subscribing to other people’s opinions, (although they feel and they will insist it’s their own self-evident opinion). Some people will even go the extra mile of shaming you for having the gall to disagree with popular opinion and conventional wisdom. 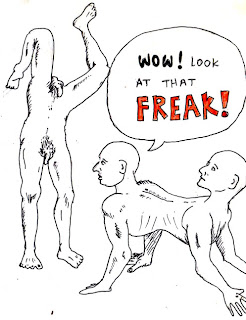 How dare you, freakazoid! They will say. Don't be surprised, and don't be bothered. They have nothing of substance to say beyond that. Let them aghast at your manly audacity to use your own God-given brain. They will brand you with many put downs, even insults. Not your business to get emotionally affected, give them a wide grin.

If they bother you so much, then INSIST that they explain their point logically, in detail. They will be cornered to explain what they assume all this time to be self-explanatory gospel truths and self-evident laws of physics. Or, more often than not, they will just babel out the same intellectual shit they have been force fed with.

The diplomatic thing to do, sometimes, is to gently say, “but I don’t give a stinking bird’s cute little poop, my dear.” Give them space to let out a nervous laugh then excuse your self. If they still can't take a hint despite your generous politeness, just go back to plan number one --- ignore the bastard.

In a world of giddy conformists, thinking is a dirty act of rebellion and no self-exile is more real or more immediate than the distance wrought on by your independent thought.

If you fear being alone, you will never know happiness. Ever.

Courage inspires intelligence. And that great courage makes possible the flight of genius... or better yet the heroic jailbreak of a toddler from his boring little crib.


The trouble with many adults today, is that they have learned to be perfectly contented inside the little crib they have been educated to accept. You bold opinions, plans, moves, ambitions and morality is a challenge for them to RETHINK their own entire lives. And since thinking requires courage... your success, happiness and very existence is a daring insult to who they are. Don't be surprised if they resort to verbal and non-verbal violence of any kind.