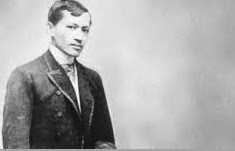 The worst violation you can do to a murdered man is to murder his memory in the minds of those he died for.

And that's just what they did to Jose Rizal beginning right after his martyrdom on December 30, 1896, by announcing the supposed retraction of his anti-Catholic ideas. The announcement was published in Madrid the following day without proof, only saying that the "document" of his retraction was given to Archbishop Bernardino Nozaleda of Manila for his keeping. That "document' only surfaced for public viewing on May 13, 1935. A veritable forgery, says Peter Jaynul Uckung of the National Historical Commission of the Philippines.

The last time I heard Santa Claus is possibly real was in kindergarten, upon seeing  my Christmas eve stockings filled with shiny coins, with gifts to boot just a foot beneath.

I must have been quite pragmatic even then but this physical "evidence" was all I needed to restore my swiveling faith to steadfast stillness. At least for another year.

Reality have a way of catching up, thank goodness, and soon enough you slowly grow apart  from every white lie people told you in the name of fun and games...