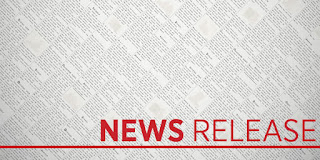 (The following is a press release from the NUJP - National Union of Journalists of the Philippines, Iloilo Chapter, release yesterday, March 11, 2016)

The National Union of Journalists of the Philippines (NUJP-Iloilo Chapter), strongly condemns the harassment of reporter Aldrin Soqueña of RMN-Iloilo by Barangay Captain Angelo Joseph Areño and the barangay tanods of San Jose, Jaro, Iloilo City on March 10, 2016.

Mr. Soqueña was merely doing his job as a reporter by following up a story on World War II vintage mortar bombs found at a construction site in the village. But Barangay Captain Areño and his tanods threatened Mr. Soqueña, took his Press ID, cellphone, pen, and notebook. They also hurled insulting words at Mr. Soqueña. If reports are true that Barangay Captain Areño and his tanods were drunk when they harassed Mr. Soqueña, this is tantamount to a mafia-style of leadership in the village.

The NUJP-Iloilo Chapter also condemns the laxity of the Jaro Philippine National Police in responding to the incident. Police officers did not immediately arrest Barangay Captain Areño and even had the gall to say to Mr. Soqueña that they will just “escort” the village chief to the police station.

We also join the call that the Department of Interior and Local Government (DILG) and the Association of Barangay Captains (ABC-Iloilo City) discipline or sanction Barangay Captain Areño. We also call on the Iloilo City Police Office to uphold its mandate in protecting victims instead of siding with erring local officials.