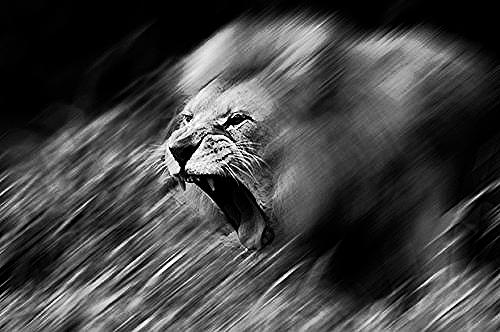 We all want absolute certainty that things will go as planned. And when it doesn't (as is usually the case), we blame everyone and everything. Our belief in the possibility of "perfection" is strong. Warriors and fighters, on the other hand, have developed a secret winning strategy that works 99% of the time. It is called, "being realistic". Apparently, having to put their lives on the line everyday - as part of doing their job - has opened their eyes to a drastically different way of seeing things. We should try that once in a while.

War strategist Carl von Clausewitz used the word "friction" to represent the difference between our plan and what actually happens The bigger the deviation from the plan, the bigger the "friction".

More "friction" translates to more "heat" --- more aptly known as "stress". And "stress" can warp our sense of proportion and wreaks havoc on our propensity for complexity --- which can then feed into itself, until you get overwhelmed, burned out, or break down.

"Friction" is unavoidable because nothing in life is ever the same. No amount of thinking in advance can prepare you for the infinite possibilities of the present moment. Possibilities which you may take advantage of or fall victim to.

What would you give to become immune to friction?

Indeed, what would you give for the ability to feed on "friction" and convert stress into capacity for excellent performance? Of being able to be attuned to the FORCE of circumstances and master of the moment?

Being master of the moment is what I call being "dangerously awesome".

At the root of this seemingly tremendous adaptive capacity is our basic set, standard issue, "human survival drive". We are familiar with this kind of strength, we hear inspiring stories and tall tales about it all the time. We admire people who seem to have it, even fictitious characters. But we don't know we have it within us until huge problems force us to be strong.

Philosophers and legendary warriors of old talk openly about this but they can't help but sound vague and mystical. How can they not? Wisdom gained in the face of death in the heat of the battlefield. Wisdom gained over a lifetime of meditations and discourses. They all speak of the same paradoxes to achieving personal excellence.

There are five core principles [and seven powerful ideas for unleashing them.]

When you realize their life-changing potential, you will understand why I call them dangerous.

1. ABSORB THE MOMENT
Maintain a constant "grasp" of the moment. Be at peace with chaos. Embrace uncertainty. Romance the unexpected. It takes a lot of will power to be always realistic and alert to the changing landscape. But REALITY does not really offer you any alternative. You have no choice in the matter. Surrender to the moment. But make the surrender, your choice. A decision you own. A realization that you are actually "connected" to the universe, so it's less a surrender and more of coming back home. Accept this moment. Love it. The chaos within and the chaos without is one and the same chaos that permeates the universe. Embrace the moment like there is no other reality, cause there really is none.

2. EXPLOIT THE MOMENT
Seize the moment. Instead of getting overwhelmed, use it's energy as incentive to be fully engaged with reality. Ride life's momentum. Life is a "happening", an event, a constant stream, a cosmic phenomenon.  If you don't ride life's momentum, you'll get run over and over. And over.

3. ACT. GENEROUSLY
Life is a closed door. If you don't open it and get inside, it will forever be an enigma to you. Action is the key to getting inside. And when you act, act generously, not half-hearted. Give. Give back to life. Especially when it seems you have no more to give. Keep giving. Give generously of your self in whatever you are doing now. Invest yourself in the moment completely. If it's not worth doing well, its not worth doing at all. To be aimless is to be dead. Stop waiting for opportunities. Instead, just do something, practically anything of value. That will "attract" opportunities. Especially, do something that you love. Action invites opportunities.

4. JUST BELIEVE
Believe in your success. Especially when it's hard to believe. Keep believing. Hold on to your vision. Keep in mind that strategic vision is more important than specific strategies. That with a powerful vision, everything will fall into place. Focus on the vision and believe.


5. UNLEASH YOUR PERSONAL POWER
The power is within you. It's irrelevant to think whether you earned it, or deserving of it. You just happen to have the power by virtue of being alive. That's what you need to understand, believe and be thankful for.  Your next concern is how to unleash it.  And that's the topic for a sequel post.