Kuya Daniel Razon has just launched this morning his new morning TV show, still at UNTV37, entiled "Good Morning Kuya!" Still reeling from yesterday's successful 3G event, Razon was in a great mood showing around the TV audience inside the studio. Although the show was obviously still in its infancy stage you could see Razon's innovative blueprint already at work and I wouldn't be surprised if the bigger networks once again borrow some of his ideas and claim it as their own...(like what they did to early weekend morning day-starter "Kami Naman!" which boast of a first-in-its-class format called Live Magazine Sitcom!)

Razon describes the show as "unconventional", saying he is not one to put a noontime show early in the morning (as what the leading TV stations in the Philippines are currently doing). He believes public service is the stuff that a good morning show should be made 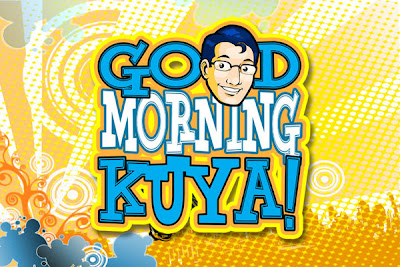 
Do catch Daniel Razon and the rest of the UNTV early morning gang at GOOD MORNING KUYA! airing everyday from 4:45 to 9 am, Monday to Friday!