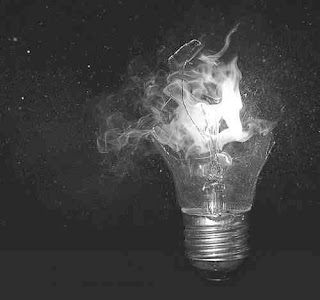 People who were born with the "right" entrepreneurial character set (or grew up in an environment where risk taking is encouraged) don't actually need entrep self-help resources. With a little misfortune and kick in the butt to prod them, they can rediscover the "secrets to wealth" on their own and invent their own money-making machine. You can say "entrepreneuring" is their unique inborn talent in much the same way that some people are just naturally good at athletics or music. Given enough time to hone this talent, they become well, as rich as they decide to be.

There's no way you could be master musician by reading up on the subject. You have to "practice", learn from great mentors, and when you are ready, break a few rules and then create your kind of Music, after your own image.

The same holds true to becoming an entrepreneur.

The problem, however, with entrepreneurship, is that there is often a big price tag, and social pressure, associated with the practice. It would seem that there is only one kind of valid "entrepreneur" that society would care to acknowledge --- the successful kind. This valuation is valid. At least on the surface. Until said successful entrep falls from grace and file for bankruptcy. Is he still a "valid" entrep by then? What if he ventured again and regained his former success or even surpass his former glory? Was his being an entrepreneur any less "valid" during this intermission into financial disaster? Clearly not. How about before he even started making any real money prior to even setting out into his first business? At what point did the dude started "entrepreneuring" in order to eventually build enough reasons to be regarded  by others as an entrepreneur?

One of my core belief is that this idea of "the entrepreneur" is essentially different from that of "the business entrepreneur", although one can easily transition into the other.

My strategic assumption is that "entrepreneurship" is a character trait, which therefore, can be evoked, honed and strengthened --- that "becoming an entrepreneur" is a psychological journey which anyone can embark on, (maybe slowly at first, or even haphazardly or erratically ... it doesn't matter the quality).

What matters is that you are aware that you are on a special kind of journey (a practical and most realistic journey, actually); that you believe this journey is for you whatever the underlying reason; and that you have absolute indifference for whatever tags, put downs and flattery society wishes to infect you with by virtue of your entrepreneurial qualities and adventures.

Given a realistic map, the entrepreneurial road can be approached rationally and methodically such that anyone who is passionate enough, can elect entrepreneuring as their primary self-made "inborn talent".