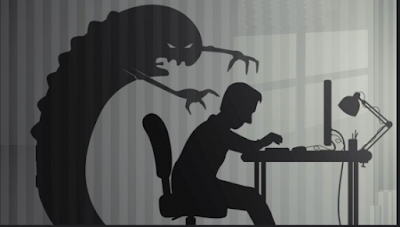 When you have successfully "killed" FEAR, it now becomes ultra possible to learn how to make friends with this bully called "failure", and recruit him into your team.

If you must ask "why", here's why you should be best friends forever with "failure":

"Failure" is the neighborhood toughie, better if he's on your side. Like a shadow, it shall always be close by whether you fear it or not. Unlike fear itself, this monster doesn't exactly feed on your fear, although your fear of it does give it super villain powers. Like the law of gravity, expect failure to come knocking on your door EACH time you fall, any time of day or night. If you're lucky like me, you get several visitations for every fall...
it's really below the belt sometimes, you'd swear life is unfair. I used to dread these visitations but recently they just became so frequent I don't even bother closing the door anymore. Failure is now my "little homie", as Tupac Shakur would call it; the dear friend you hate for always barging into your home unannounced, wiping the dinner plates clean, forcing you to strategize a way to get rid of him... if you can.

"Failure" is the most instructive fiend of a friend you could ever have who's sure to keep you company just when you really need one. Even in times of victory, the memory or specter of failure could help you maintain a balanced perspective on everything. Instead of the menacing character out to nag you in moments of distress, the better strategy is to learn respect for this merciless and soulless, agent of fate, and strive to earn back its respect by being the most gracious, and studious, big loser. As the saying goes, if you really must fail, go for GOLD!

Seriously now. I don't advocate celebrating your failures but a post mortem dinner would be nice. While you haven't acquired the taste yet, you can device a way to make failure palatable somehow (the desensitization strategy actually works here). These days though, a round of black coffee for two works fine enough by me and this great buddy, who has good sense of humor by the way!

"Failure" may be ruthless and all but has nothing personal against you, remember that.

While you may never lose your hunger for success no matter how many victories you enjoy, you would eventually realize that like failure, all success is temporary. In terms of net character growth, however, failure is the better investment. Eventually, you'll come to think of success as your little vacation away from life's failures.

This is not a defeatist attitude but a realist one. The state of failure really is the natural state of life; success is more like an artificial high. As a man, you must learn how NOT to be failure's whipping boy. Neither must you be chasing after success like a starry-eyed fan boy. Both are just two sides of the same coin, or better yet, two masks of the same clown. Your business is just to buckle down to work, get results, live a decent and happy life, grow in integrity, all while this clown try to distract you. And then when its time to die, you go die like a man, with dignity unscathed.

Now, to get back on the real topic...

What is it about "failure" itself that you can use to power your life and achieve the impossible?

In a word, NOTHING.

Like the great wizard of Oz, failure is really just a big nothing -- a bogeyman. Once you get to really know it personally, intimately, inside out, upside down --- once it loses its mystery for you, it also loses its hold on you, its magical spell over you.

It's easy to understand this on an intellectual level but it does take some time getting there psychologically. And when you do, you want to kick yourself in the butt for not taking the journey earlier.

And you know what? This grand realization is nothing very special at all. You didn't gain any special super power. Basically you are still left to your own devices. You remain hostage to time and chance. The only reason this translates to "increased" net personal power on your part is because you have overcome one of the biggest (and universal), emotional illusions of all time. You have removed from your person one childish weakness so many adults carry with them though old age and to the grave. They even bestow it to others like a family heirloom. It's pathetic, really. Folk wisdom and mass media make a big deal out of "failure" and "success" as if the two are some kind of opposites; when in truth they are a continuum. This "success" is really just the end goal while the "failure" is the means toward that end. There is no logical reason why you should want one and fear the other. You should just embrace both, enjoy the journey, then move on to something more important. 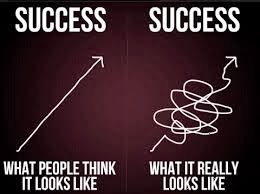