The Joe Vizcarra » POLITICS » THE COLOR OF LAME

THE COLOR OF LAME 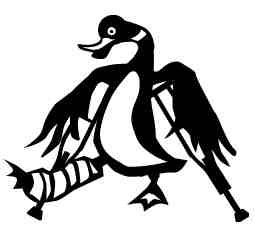 Judging from the stockmarket barometer, I knew nothing sinister was about to happen yesterday at the Batasan (although yesterday was admittedly a sinister holiday). So what was the rumor of coups and self-coups was all about then?

I asked my barber this and he said maybe Gloria was just playing “hard to forget”. I blurted “there’s no such thing!” but he ignored me and continued anyway. He said it’s the last game in town for lameducks and most most outgoing presidents are not daring enough to pretend setting the country on fire.

There’s the insight. In effect, Gloria’s just yelling (as in, “hey! Don’t count me out yet! I could be president-for-life, you know?”) On the other hand, what would happen if the lameduck did actually “accidentally” set the country on fire? Especially when everyone got used to her pretensions?

After pausing for a while, he said, “we’d either all burn our butts or we’ll have roasted lameduck for dinner”. I know it’s supposed to sound delicious but … don’t know it doesn’t seem very appetizing to me. I could use the cooking lesson though. It’s not everyday that I see a lameduck roasted.