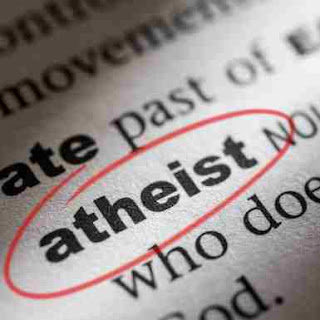 In the recent past, the religion of atheism was so convenient for its faithful believers in at least one respect—they do not have to worry about the afterlife. Recently, however, some of their leading “pastors” are entertaining the plausibility of the soul’s immortality. And yes, of course they remain unshaken in their core belief that God is dead. They just now say God does not need to exist in order for the soul to survive. Oh well, whatever pleases them.


In the article Eternity for Atheists see how Jim Holt of the New York Times considers the possibility. He quotes speculations by one philosopher after another, considers the theories of one scientist after another, try to blend them well together with orthodox atheism and, voila! You have an upgraded version of atheism for the Web 2.0 generation!


Really, I was trying to be open-minded about the ideas proposed in the article. They sounded somewhat profound after all and well within the tradition of scientific guesswork. I must confess, though, it was a nice read and made me laugh a bit. Oh, I am so glad I do not share their passionate denial of God’s existence.


All their speculations really sounded like philosophical delusions than anything else. But the sad thing is, they are not joking. They seriously believe they can understand the great beyond through speculation. Have they really lost all respect for epistemology?


At any rate, this development is something to celebrate. Theists and atheists no have a little bit more in common than at any other time in the past!!! If atheists will consider every other speculation about the afterlife, it would be the height of scientific dishonesty to relegate to the trash bin the tons of ideas about the afterlife written in the bible!